How to Make Your Brain 11 Years Younger

Both of my grandmother’s had Alzheimers, so I have a personal interest in doing what I can to help preserve my memory for the future.  This is especially important because although there are 47 million people suffering with dementia,  we don’t have any medicines that actually help!

Pfizer recently pulled the plug on its entire Alzheimers drug research division - they recognized that their drugs were not looking promising and decided to give up on them.  This is especially noteworthy since we expect the number of people with dementia to go way up in the future, and if they could have developed a drug that really worked, it could have been worth Billions!

But there IS something that has recently been shown to successfully preserve your memory.  A medical study in the journal Neurology looked at 960 people over the age of 50 and followed them for almost 5 years.  The people who got the most of this stuff scored significantly better on memory tests than the people who got the least.

Would you want this?  How much would you be willing to pay?

Well, the good news is you CAN get it!  And while it is not covered by health insurance, it is very affordable. 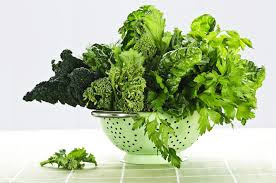 Drumroll please……The marvelous brain preserving, memory maintaining substance is GREEN LEAFY VEGGIES!  In fact, the people who got the most (at least one serving of green leafy veggies daily) had memory scores that were so much better than the people who hardly ever ate them, it was as though their brains were 11 years younger!

Do you have any doubt that veggies are a good idea?  Well apparently, your doctor may.   Dr Yian Gu, from Columbia University, was interviewed by Medscape Medical News about this study.  Here was his take:   "It might still be too early, though, to recommend increasing intake of green leafy vegetables, without further confirmation”.  Huh?


You don’t have to wait for Dr Gu or the rest of the medical world to be “convinced”.  Eat at least one serving of green leafy veggies every day (such as spinach, lettuce, kale, and collards) to keep your brain younger!  Just one more example of how living well is the best medicine. 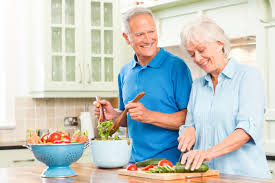 For more information about improving or maintaining your memory,  visit www.signaturewellness.org or give us a call!  We are here to help.
704-752-9346
Questions@signaturewellness.org
Posted by Charlotte Bioidentical Hormone and Wellness Blog at 3:25 PM